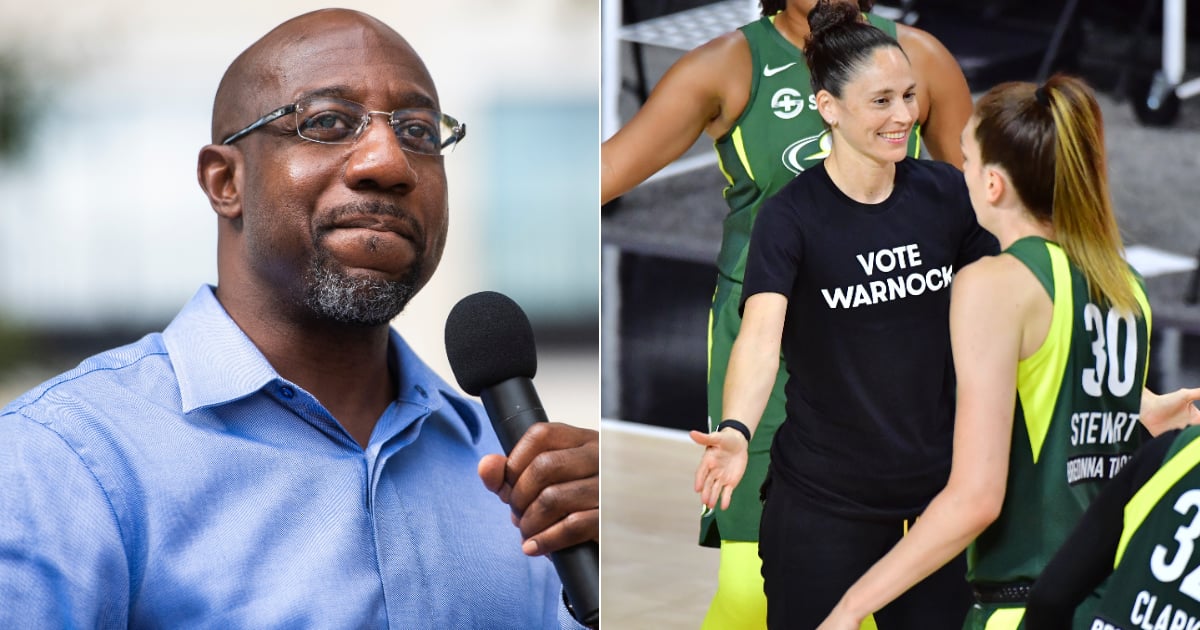 With 4.8 million votes in, Rev. Raphael Warnock is leading incumbent Republican Kelly Loeffler in a hotly-contested Senate race in Georgia that appears bound for a runoff in January. It’s a race that saw major Democratic support for Warnock, including endorsements from Barack Obama, Kamala Harris, and Stacey Abrams, and a huge influx of fundraising money, with his campaign bringing in $13 million between July and September. Contributing their own voices of support: a wave of WNBA players, fueled by reasons both societal and personal.

The players’ support dates back to August. The WNBA was midway through a season dedicated to social justice, with players wearing Black Lives Matter and #SayHerName shirts, taking every opportunity to further the conversation around racial injustice — something they’ve been doing for years. But Senator Kelly Loeffler, a coowner of the Atlanta Dream, had publicly opposed these moves. “The truth is, we need less — not more politics in sports,” she wrote in a letter to the WNBA commissioner. Supporting a “particular political agenda undermines the potential of the sport and sends a message of exclusion.”

Instead of continuing to speak about Loeffler’s comments — thus giving her more publicity — players took a stand for Warnock, her opponent. “Rev. Warnock is somebody who supports everything that we support and just happens to be running in that seat,” Dream forward Elizabeth Williams told ESPN at the time. “It just worked out really well.” Players took their support into the arena, where many wore Vote Warnock shirts to show their support. “We definitely decided to wear it because he’s for Black Lives Matter,” Dream guard Chennedy Carter added. “He supports the league and the movement, and we support him. We’re voting for Warnock.”

Now, their candidate is heading to a crucial runoff against Loeffler in January — per Georgia’s election laws, a runoff is required because no candidate secured over 50 percent of the vote — and the players are still all-in. “This is huge!” Williams tweeted. “Let’s support @ReverendWarnock through this January runoff!” “Time to flip Georgia blue,” added WNBA champ Sue Bird, who came up with the idea to wear Vote Warnock shirts.

Read more of the players’ messages of support ahead.

Kate Beckinsale on How to Get a Guy in the 1800’s | Vanity Fair
How Many Cat Breeds Can Taylor Swift Name in 10 Seconds
Vogue’s Anna Wintour on Milan Fashion Week’s Fall 2016 Shows
Site and Storefront Visits – CFDA/Vogue Fashion Fund 2012 – Vogue
Tim Blanks on the Spring 2016 Paris Men’s Shows – Style.com