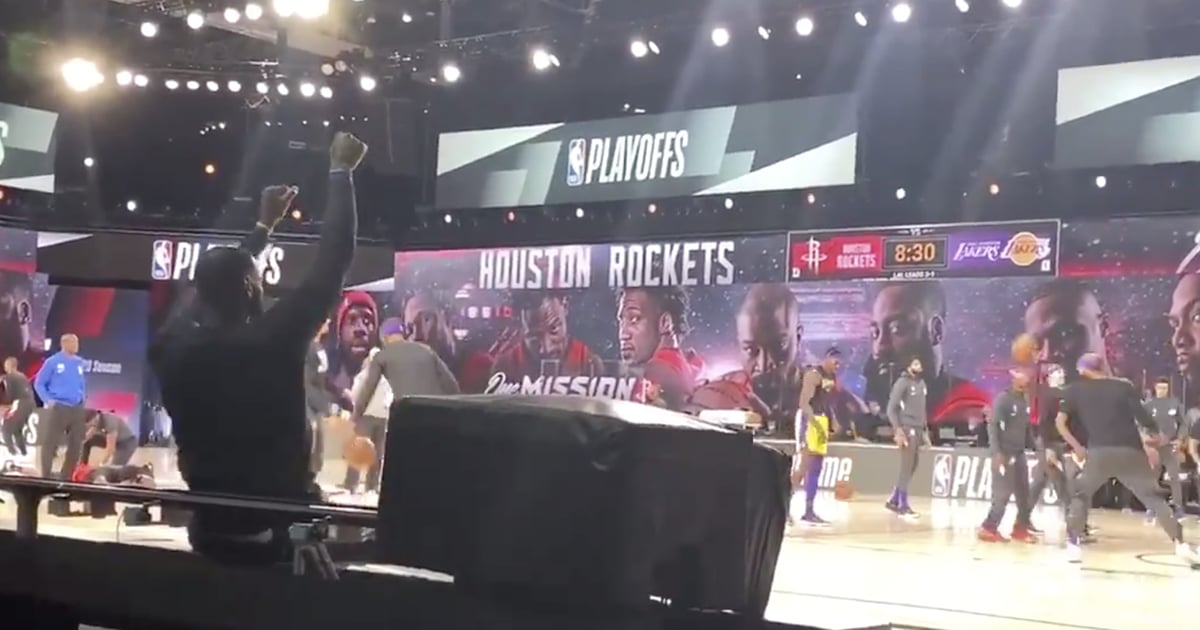 Lakers’ LeBron James splashes from the sideline sitting down pic.twitter.com/t6yyc1PWrK

You don’t have to be a basketball buff to appreciate the household name that is LeBron James. In 2020 alone, he led the Los Angeles Lakers to their first NBA championship win in a decade (and his fourth win total), he mobilized people to vote through his initiative More Than a Vote, and he pushed for tough conversations about police brutality in America along with fellow pro basketball players. For those reasons and more, he’s Time‘s Athlete of the Year.

Not that you need proof of his greatness, but just in case, here’s some, courtesy of Washington Post NBA writer Ben Golliver. Watch as James, sitting on the sidelines before the game-four Western Conference Semifinal matchup in September, makes an incredible three-point-equivalent shot easy peasy (and that’s just what he does for fun!). It’s no wonder he just signed a two-year extension contract with the Lakers.

And, if you can’t get enough, ahead, watch James sink the shot again from a different angle, then celebrate with some seated dance moves (the footage is via ESPN’s The Undefeated NBA writer Marc J. Spears). Those moves — and sideline skills — truly are a sight to see!