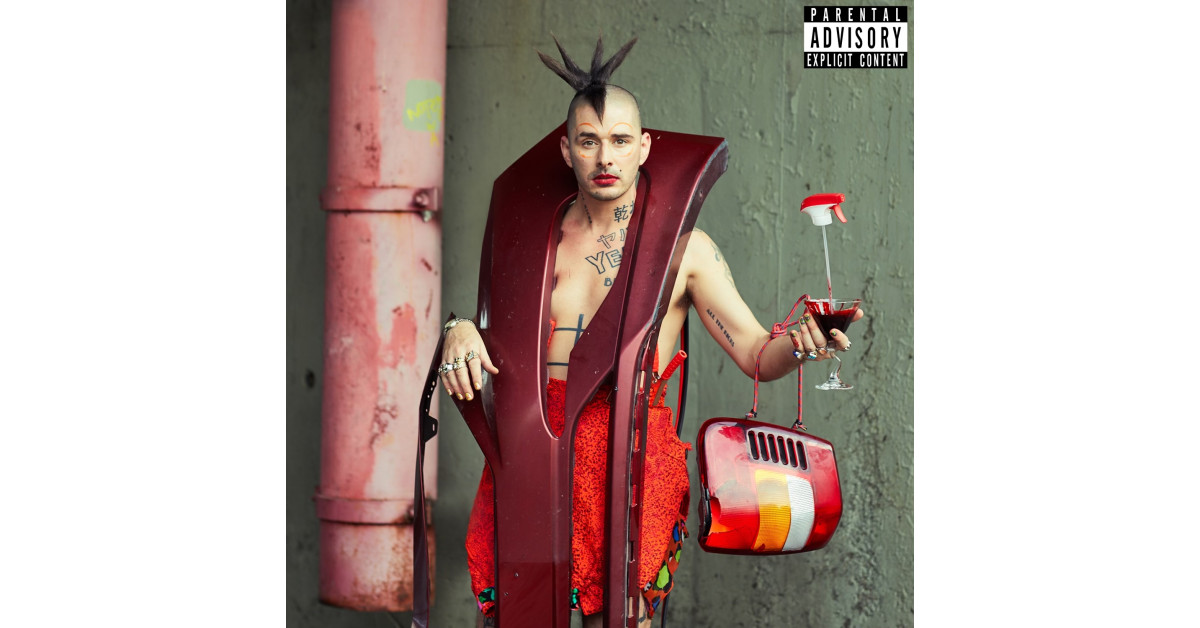 YEAH BOiii COLE announced the release of his first solo album titled ANTIBODY SUPERSOUL, which is set to premiere on all music streaming platforms and as an exclusive NFT on September 1. YEAH BOiii COLE rose to fame as a founding member of influential rock band, Semi Precious Weapons, as well as a founding member of the MTV VMA Best New Artist, DNCE, whose hit song Cake By The Ocean reached number one across the globe.

In 2019, YBC experienced a self-awakening, calling him to merge his musical, visual, and spiritual gifts into something greater. His innovative debut album, ANTIBODY SUPERSOUL, takes listeners on a genre-bending journey through the mind, body, and soul. Flaunting a uniquely wild and art-forward approach to music, fashion, and life, YEAH BOiii COLE has become a symbol of self expression to many young people around the globe. Cherishing this role, YBC is also extremely active as a mindfulness coach and philosopher through his new motivational podcast “AGGRESSIVE KINDNESS“, in which he shares his system of self-maximization.

“I’m obsessed with the concept of inner power and how we can find it, grow it, and maximize it. I’m enchanted by the beautifully unique composition we all have. Each composition of mind, body, and soul on this planet is a first and last edition. Doesn’t this make everyone a masterpiece? A genius? When we get beyond the things that hurt and weaken us, there is a fearless and soulful way,” said YEAH BOiii COLE. “This is all I think about, and it has inspired me to the point of epiphany. Through my music, visuals, and mindfulness speaking, I am building a creative world with hopes it can inspire anyone and everyone to believe in themselves to the maximum.”

The album features 11 original songs all written, produced and performed by YEAH BOiii COLE. In support of mental health and pushing others to harness the power of self-exploration, YBC incorporates extended meditations and visualizations in his cinematic and surreal music videos. As a lifelong visual artist and fashion disruptor, YBC is focused on being a powerful new voice in the exciting world of NFTs, beginning with his September 1 album release on the NFT platform, Known Origin.

With special request, YEAH BOiii COLE is accepting interviews to discuss the album as well as his grand plans for the future. To request an interview or a private link to the album, please contact:

Behind The Work Media