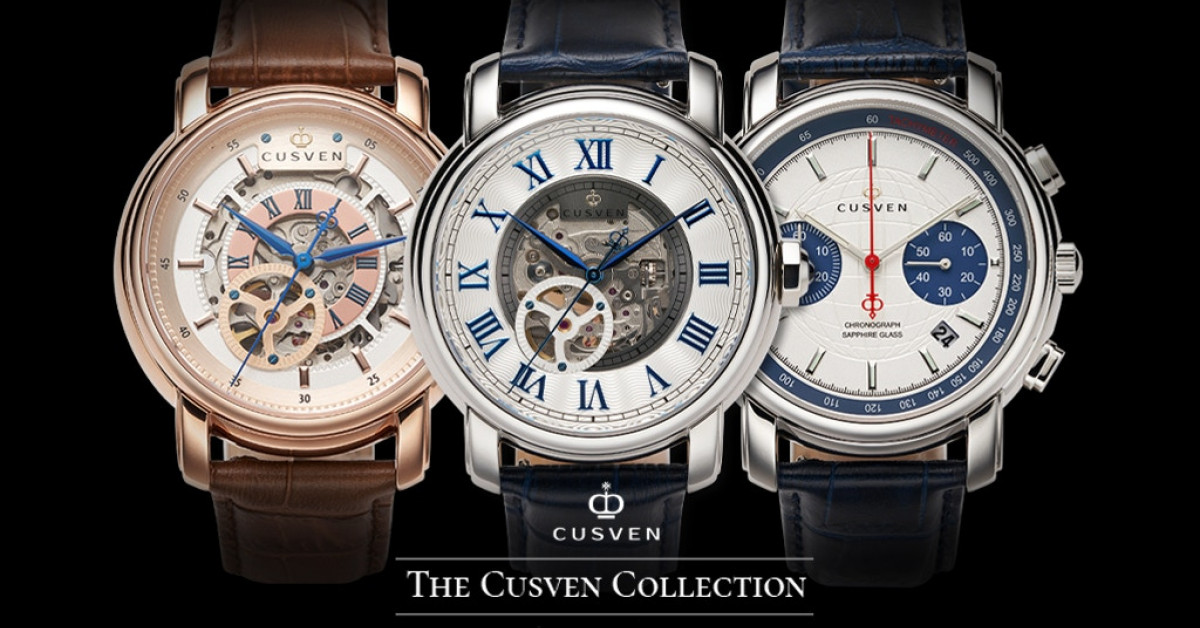 There are typically five aspects (price, crystal, movement, leather, and small details) of a watch to examine in order to determine the quality of a watch. However, novice watch buyers will end up paying for the brand name and not the actual value of the watch. CUSVEN creates watches with quality that rivals entry-level luxury brands but is offered at a much more affordable price without sacrificing craftsmanship. This was primarily done by establishing close relationships with watch parts suppliers, thereby eliminating the high markup costs. With three new collections (Greenwich, Big Ben, and Arabesque) set to be launched, CUSVEN has announced that the company will be launching a Kickstarter campaign on Monday, September 19 at 9:00 pm (PST) to raise funds for the production of these new collections and to reach the broader watch-enthusiast community.

CUSVEN has also announced that the company will implement AR technology to allow potential customers to virtually try on a CUSVEN watch before making a purchase. The earliest backers of the CUSVEN Kickstarter campaign will be able to pre-order their CUSVEN watches for an exclusive $299 price instead of the $459 MSRP price. Any editors, journalists, bloggers, or social media influencers interested in reviewing the CUSVEN collection are encouraged to reach out through the contact information listed below or via the CUSVEN Kickstarter campaign page.